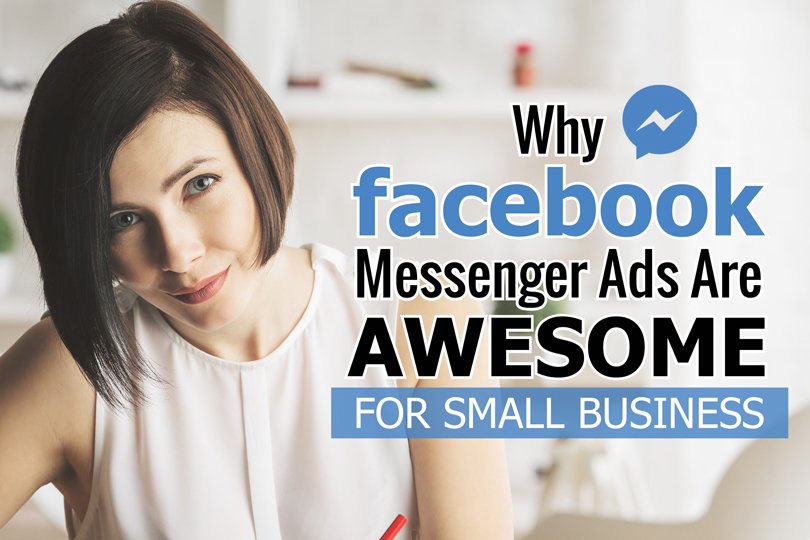 Advertising on Facebook has been around for a while. It’s practically a granddaddy in the world of online marketing.

And, like a lot of small business owners, you know that it’s getting harder to get the ROI you want on Facebook ads. It’s a numbers game, after all, and as of the third quarter of 2018, they had approximately 2.27 billion active monthly users.

It’s no wonder you’re having a difficult time connecting with your audience. You’re competing with millions of other advertisers! It’s a crowded space.

That said, Facebook ads can still be useful – with a twist. Instead of sticking to the same traditional ads you’ve been using, it might be time to check out Facebook’s newest ad option – Facebook Messenger Ads. 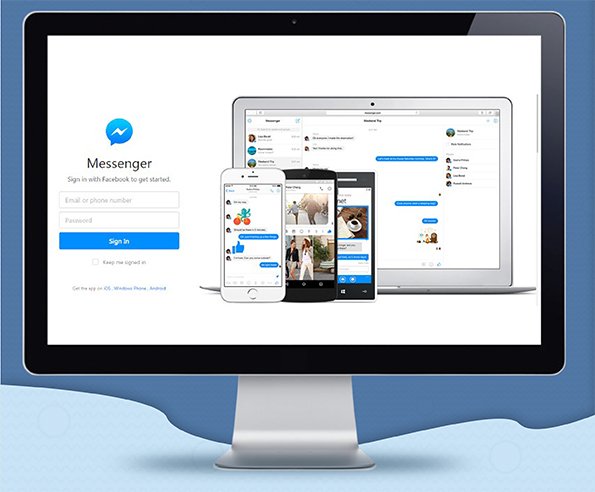 Facebook Messenger ads are ads that appear either on the newsfeed or directly in people’s Messenger inboxes.

The newsfeed ads have a call to action that directs people who click it to Messenger, where they can send you a message and get more information about your business.

53% of people say they’re willing to buy from a company they can message directly on Facebook Messenger ads. And, customer service is increasingly moving toward instant and direct messaging. Customers expect instantaneous responses and favor brands that provide it.

Facebook Messenger ads allow small businesses to connect directly with potential leads. They eliminate the need for a hard selling ad and instead, open a dialogue. They provide an opportunity for you to personalize your marketing in a way that encourages people instead of putting them off. 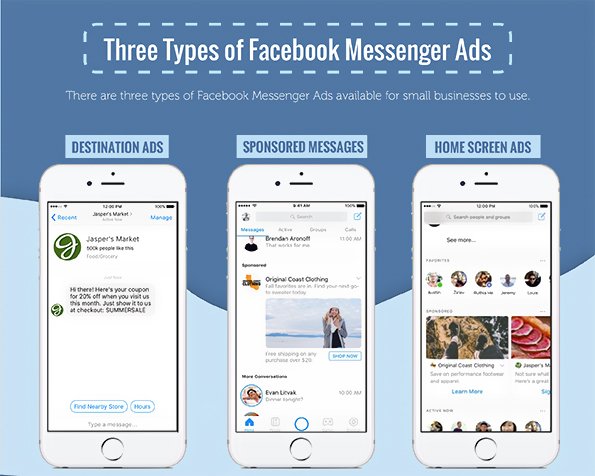 Let’s break it down, starting with destination ads. These are ads that appear in your target audience’s newsfeed, very much like traditional Facebook ads. The main difference? The call to action is always going to be “Send a Message.” When a user clicks it, a Messenger window opens, and your automated message will appear. (We’ll talk more about how to use that feature later.)

Sponsored messages allow you to deliver special offers and communications directly to the user’s Messenger inbox. A key feature of sponsored messages is that you may send them only to people who have messaged you previously. They’re a form of remarketing with a personal touch.

Finally, home screen ads are ads that appear in Messenger. The difference between these ads and sponsored messages is that their intent is not to start a conversation. It’s to drive sales by encouraging users to click on the ad.

Facebook Messenger ads are a great option for small, local businesses. They allow you to personalize ads and connect directly with the people who are most likely to buy from you.

Want some examples? Here are a few ways that you can use Facebook Messenger ads to boost your profits:

Another way of looking at Facebook Messenger ads is that they’re the modern-day equivalent of going door to door. They don’t require any more effort than traditional Facebook ads, but they offer a degree of personalization and one-on-one contact that will allow your business to connect with potential leads in a meaningful way.

If you’re itching to get started with Facebook Messenger ads​, here are 7 easy steps to help you get going.

Getting a great ROI on Facebook advertising can be tough. There’s a ton of competition and as a small business owner, your marketing budget is limited. Facebook Messenger ads can help you leapfrog over the competition and connect directly with the most valuable people on social media – your customers. 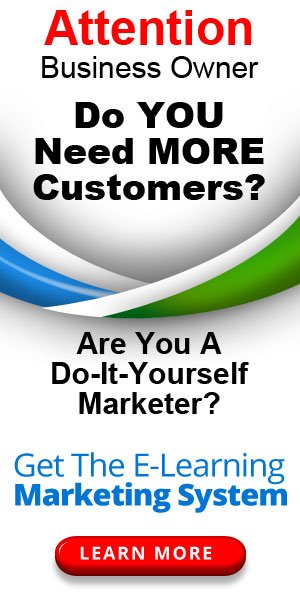